“I’m not a manager to be popular” 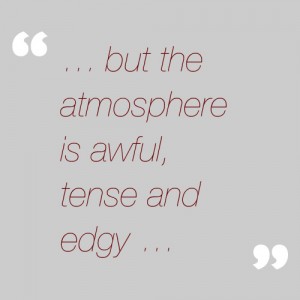 A newly appointed manager recently asked me for some advice on how she should approach her new role.  Promoted to the managerial position from her peer group, she was all too aware of the challenge ahead. We decided to explore some real life comments:

“I’m not a manager to be popular”

“It’s my job to deliver, not for the team to like me”

This approach became even more attractive to her when we looked at the experience of some managers who had wanted their team to like them. These included:

“I wanted them to be happy and I wanted to be happy because they were happy.  Looking back I tried to make individuals happy, sometimes at the expense of the organisation.”

“I was always looking for the ‘win- win’ but what I didn’t realise was that the win should have been for the organisation and not the person. In trying to find the ‘win-win’ I consistently ended up with ‘lose-lose’.”

The new manager said these negative experiences showed it would be best to adopt the “I’m not a manager to be popular” mind set.  We agreed, she was not in her new role to be popular, and as a manager she had a responsibility to manage the performance of her team to achieve objectives and targets.

We then talked about the difference between being liked and being respected.  I asked the new manager if she would be happy with the following real life feedback:

“He asks you to do something then he wants you to stop and do something else – he likes to show us that he’s the one in charge.  We know he’s in charge but we don’t respect him because of the way he gives out instructions in such a disorganised way.”

“I think she’s just strung out, but the atmosphere is awful, tense and edgy.  She’s the one in charge so it has to be her who’s creating the atmosphere.”

“He’s the only manager who acts like this.  I haven’t seen any of the others act in inappropriate ways or make their staff feel useless.”

The new manager said “absolutely not” and her aim was to be respected not necessarily liked.

This new manager left our discussion with a clear aim to gain the respect of her team not by being popular but as a result of responsible management practices, which would include cultivating an open and constructive approach to giving and receiving feedback.